Kanye West is My Role Model

This was an assignment on role models for my English class last year. I thought it would be appropriate to post this essay as my first blog post, while patiently waiting on the release of Donda. Enjoy!

What truly makes a role model? As I ponder this topic, I think about the people that I look to for inspiration. If I am feeling lost and alone, unproductive and unmotivated, or doubtful and unsure, who’s example can I follow to turn things around? What personal qualities can I develop to become a better person and who already expresses those attributes? As I become an adult, I know that to achieve my goals and dreams I need to believe in myself and my abilities, and be persistent and tenacious. While I know numerous people who may express one or two of these values that I esteem for my future, I can think of only one person that completely embodies all of them: Kanye West. 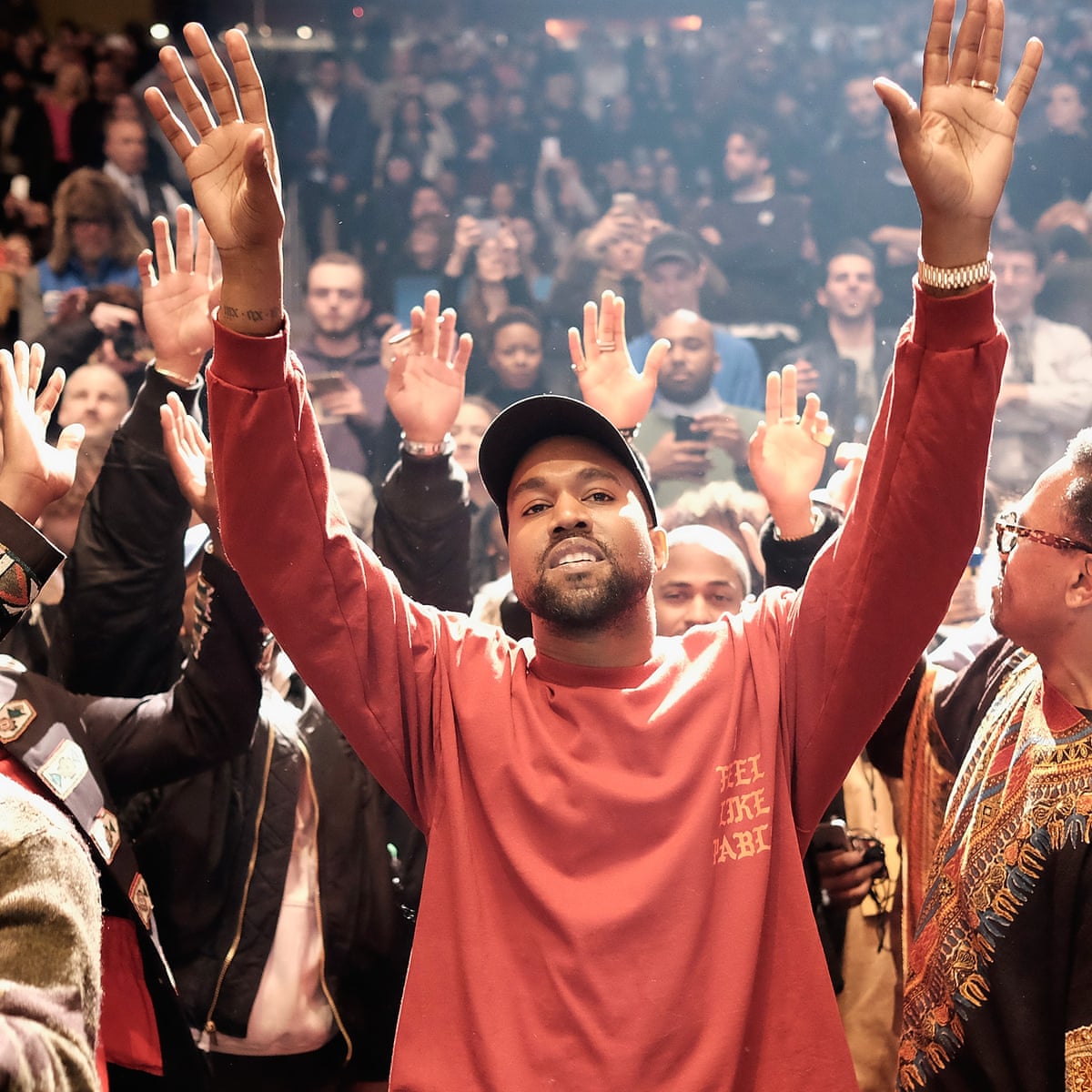 
Self-confidence has always been a battle for me, with both high and low points. There are times that I believe I can do just about anything if I put my mind to it, and there are times where I am equally sure that I cannot do a single thing correctly. I know how important this sense of confidence is and I want to be willing to take smart risks that will put me outside of my comfort zone and lead to self-improvement. Reaching goals is often like putting together a large puzzle and for me, self-confidence is always a large piece of that puzzle. The puzzle won’t be finished, or the goal won’t be achieved, without self-confidence. Kanye West’s belief in himself serves as a prime example to me on how to be confident enough to free myself from doubt and negative thoughts that inhibit achievement.
It is no secret that Kanye West loves himself. On his sixth studio album, Yeezus, one of the tracks is titled “I am a God.” Similarly, on the The Life of Pablo, his seventh studio album, he has a song titled "I Love Kanye." He is outspoken and honest about what he thinks of his work and what he believes he can do in the future. While some people see this belief as a threat, I see it as the only way for him to do what he does best: creating and innovating. People who go against the grain, like Kanye West, and pioneer a new sound, technology, or style have the self-confidence to believe that what they are doing truly matters.
For example when 808s & Heartbreak, Kanye’s fourth studio album, released in 2008, critics bashed the record due to the heavy use of autotune throughout the album, which highlighted the dark themes Kanye was dealing with after the loss of his mother. Comedians and critics alike poked fun at the sound of his autotuned voice because it was unique and different. Kanye responded with, “If people have a problem with me using autotune, or me singing, or getting my ideas out, then that's too bad.” Now, over 10 years later, nearly every major rapper uses autotune and 808s & Heartbreak is credited as one of the most influential rap albums of the century. Kanye famously said that “if you’re a Kanye West fan, you’re not a fan of me, you’re a fan of yourself. You will believe in yourself.” This statement deeply resonates with me because Kanye has shown that no matter what other people think, success is possible with belief in oneself. He knew that his work was important and while it may have not been an instant critical success, it stood the test of time and is now an inspiration for a generation of new artists. Kanye motivates me to have the confidence to self-advocate, try new things, and to not focus on what other people think, but on what I believe I can achieve. 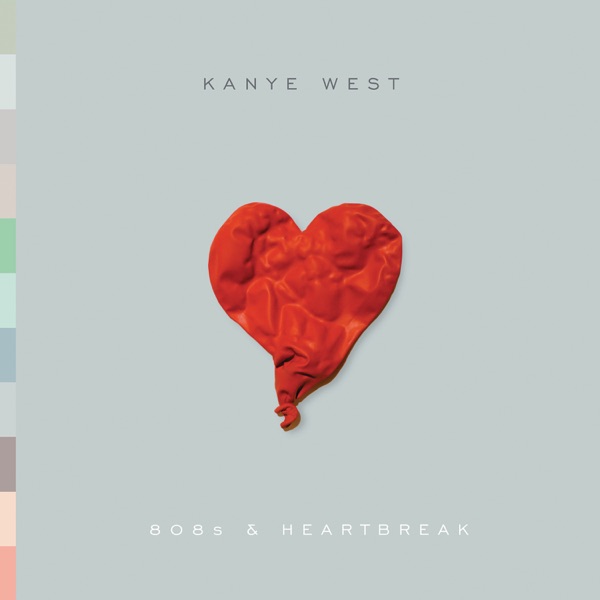 
From my experience, confidence and persistence go hand in hand. Without confidence, it's difficult to be persistent and without the persistence to overcome adversity, you can’t back up your confidence. When I give up, it's because I am no longer confident in myself and my abilities. I look to Kanye when I need to persevere and gain my confidence back. I look to Kanye’s tenacious intensity and laser focus when I want to quit. His example helps me get back on track and to keep pushing towards my goals. Kanye has shown this determination in every aspect of his career.
Before he began rapping, Kanye was a very talented producer. He was making beats for the likes of Jay-Z and Alicia Keys. But despite his success as a producer, he aspired to be a rapper. Sadly, Kanye wasn’t accepted as a rapper and couldn’t score a record deal. According to Icons of Hip Hop (2007) by Mickey Hess, “Multiple record companies ignored him because he did not portray the 'gangsta image' prominent in mainstream hip hop at the time” (555). Did Kanye give up on his rapping career when record companies didn’t think his image was relevant? No. After ultimately being denied as an artist, Roc-A-Fella records “reluctantly” signed him strictly because they didn’t want him to defect to another label. Jay-Z later said that this was because the record company saw him only as a producer.
When Kanye finally got his chance, the worst happened. Before he had the opportunity to officially record as a rapper, he got in a severe car accident that left him with a shattered jaw. Recovery was difficult and his jaw had to be wired shut due to reconstruction surgery. Did Kanye give up then? No. He let the accident inspire him and two weeks later he recorded “Through the Wire”, one of his best songs ever and a lead single on his debut album, The College Dropout. The album peaked at the number two spot on the Billboard Top 200 and sold over 441,000 copies in its first week of sales. “I spit it through the wire, man, there's too much stuff on my heart right now, man,” are the opening lyrics of the chorus on “Through the Wire”. 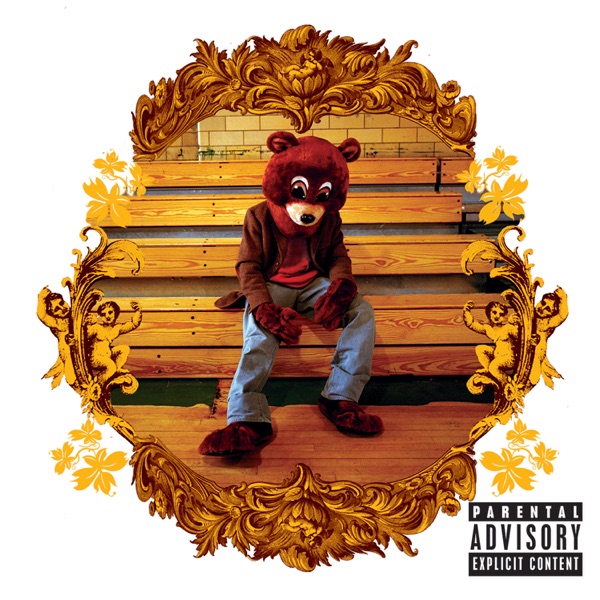 Kanye persevered through rejection and discomfort, and he achieved his goals by doing so. When I think about myself and what I do when I face difficulties, there are times when I have let the discouraging feeling of rejection get the best of me. There are times when discomfort has hindered my resolve to push forward and continue towards my goals. But when I remember the example Kanye has set, it inspires me to persist in the face of adversity and to not only have the confidence to face obstacles head on, but to have the willpower to overcome them.
In the end, Kanye is my role model because he shows that with belief in yourself and determination, your goals are for the taking. I know that this kind of confidence and motivation will assist me in the coming phases of my life and help me push through difficulty, whether that be in college, at work, or other adventures. While there will always be challenges ahead, I am committed to working on these values now with the desire to be successful in all aspects of my life. Listening to Kanye and learning about his story is an inspiration to me, and I hope to embody his same characteristics as I grow as a person and strive towards a better future for myself. 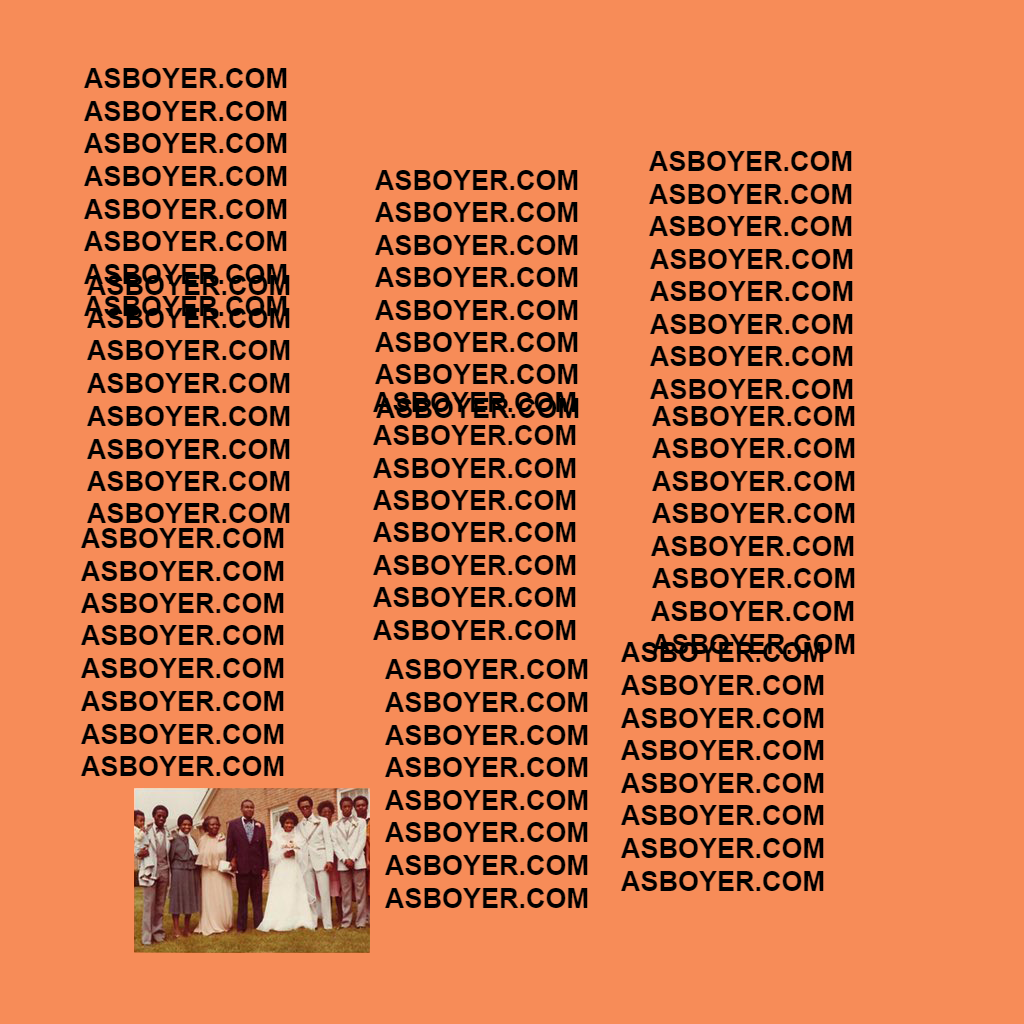 The Life of Pablo / asboyer.com